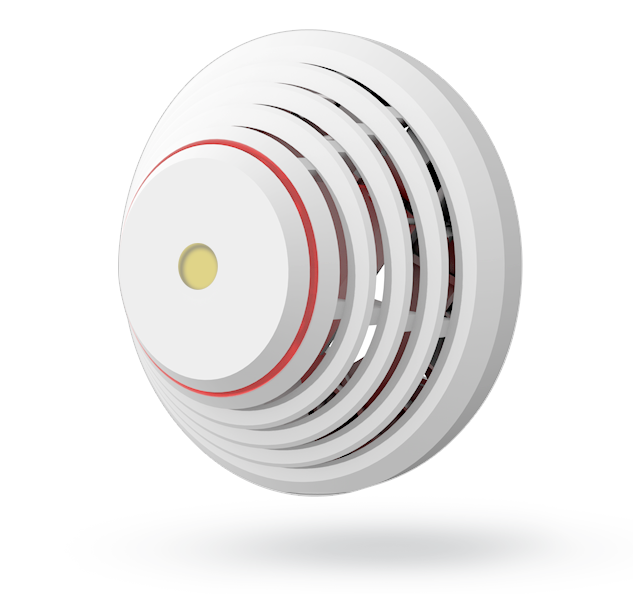 The JA-85ST detector uses wireless communication and it is powered with three AA batteries.

The JA-85ST consists of two independent detectors – an optical smoke detector and a heat detector. The optical smoke detector works on the principle of scattered light. It is very sensitive to large dust particles which are present in dense smoke. It is less sensitive to smaller particles generated by the combustion of liquids such as alcohol. That is why the fire detector also contains a built-in heat detector which has a slower reaction but is much better at detecting fire which generates only a small amount of smoke.